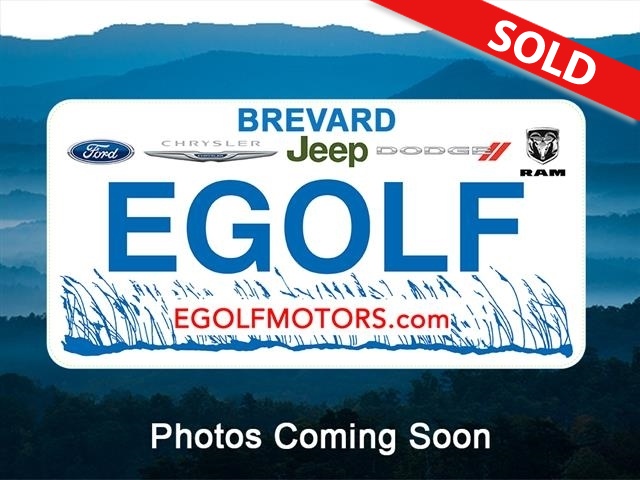 Though more refined and feature-laden than in years past, the 2007 Jeep Wrangler firmly maintains its heritage, image and off-road ability.

The Jeep Wrangler has been fully redesigned for 2007. The new model is larger and more refined. Highlights include a new four-door body style, a V6 engine and additional convenience and safety features.

Few vehicles in America have as much history or as dedicated a following as the Jeep Wrangler. This compact SUV and its earlier CJ predecessors have been providing Americans with rugged off-road ability and iconic style for more than 60 years. Whether it's South Dakota's badlands, San Diego's Pacific Beach or mud bogs in Arkansas, the original Jeep seems right at home.

While the Wrangler's traits and affordable price have made it a steady seller through the years, the vehicle has also come bundled with a lot of drawbacks, such as a harsh and noisy ride, a cramped interior and a dated level of refinement. So for the 2007 Wrangler, Jeep has performed a full redesign aimed at fixing the previous model's most outstanding faults without diluting its character.

The new Wrangler is about the same length as before but much wider. This provides additional shoulder and hip room for both front and rear passengers. For additional space, there's the new Wrangler Unlimited. Like last year's model, the Unlimited is built on an extended wheelbase. But this time it happens to be topped with the Wrangler's first four-door body style. The four-door has a roomier three-passenger backseat and a cargo capacity that's better than many other small SUVs.

The 2007 Jeep Wrangler's body structure is stiffer than before and works in conjunction with enhanced suspension and steering tuning to provide a more refined on-road experience. Additional sound insulation and new top designs reduce wind noise. For power, Jeep has replaced the previous inline six-cylinder engine with a new 3.8-liter 202-horsepower V6. It's more powerful than the old engine, but it also must move more weight; the Wrangler Unlimited weighs in at about 4300 pounds, more than 1000 pounds heavier than last year's regular Wrangler.

Underneath, the general hardware configuration is the same -- lives axles suspended by five-link designs -- and Jeep has made sure that off-road ability is still intact. There are 10.2 inches of ground clearance, steep approach and departure angles, and low-range four-wheel drive. The hardcore Rubicon trim level returns as well, and again features many hardware upgrades meant to make it the most capable production vehicle you can buy for off-road use.

There's little doubt that the 2007 Jeep Wrangler is much improved overall. The vehicle's character and heritage haven't been overshadowed or watered down by the new features and refinement. And yes, you can still fold down the windshield and take off the doors, even on the four-door. But as before, we consider the Wrangler a niche-market vehicle. Consumers just wanting a capable small SUV will be disappointed by its average acceleration, uninspired interior design and meager handling abilities. Nissan's Xterra or Toyota's FJ Cruiser will likely suit those buyers better. But for those wanting the original American rock crawler, there is still only one Jeep.

The 2007 Jeep Wrangler is a small SUV with a convertible top. It's offered in two body styles -- regular two-door and the extended-wheelbase, four-door Unlimited. The basic Wrangler X is quite spartan, though a CD player with an auxiliary input jack is standard. An optional "C" Package adds air-conditioning, upgraded cloth seats and a full-length center console. The "S" Package has those features, plus 16-inch alloy wheels, tow hooks, cruise control and a compass/temperature display. Also optional is a modular three-piece hard top (Freedom top), a sunroof-equipped soft top, a limited-slip rear differential, power windows, keyless entry, an Infinity audio system, a six-disc CD/MP3 player and satellite radio.

The Jeep Wrangler Sahara is more upscale. In addition to having many of the Wrangler X's optional features as standard, it also features 17-inch alloy wheels, body-color fenders, a heavy-duty suspension and upgraded seat fabric. Options for the Sahara include 18-inch alloy wheels and a navigation system featuring "bread crumb" off-highway tracking. A 20-Gigabyte hard drive can also be added to the system to store music and pictures. Lastly, there's the trail-busting Wrangler Rubicon. This model is equipped similarly to the Sahara but features special drivetrain upgrades, an electronically disconnecting stabilizer bar and special BFGoodrich off-road tires.

All 2007 Wranglers come with a 3.8-liter V6 engine capable of 202 horsepower and 237 pound-feet of torque. It's connected to a standard six-speed manual transmission or an optional four-speed automatic. Most models are four-wheel drive, though a rear-drive version of the Unlimited is available. The Rubicon trim has heavy-duty axles, a Rock-Trac transfer case with extra-low gearing, and electronically locking front and rear differentials. In testing, we've found that a Wrangler Unlimited takes a longish 9.7 seconds to reach 60 mph. Properly equipped, this Jeep can tow 3500 pounds.

Safety has been improved for the 2007 Jeep Wrangler, and all models now feature antilock brakes and stability control with a rollover sensor. Front seat-mounted side airbags are optional.

The regular Wrangler has a small backseat for two passengers, while the Unlimited's roomier rear seat accommodates three people. The latter model also provides class-leading cargo space, with up to 86 cubic feet available when the second-row seats are folded. In front, the Wrangler disappoints due to small cupholders, a lack of storage space, characterless analog gauges, cheap-feeling climate-control knobs and plenty of budget-themed plastic on the dash and doors.

The 2007-year improvements have made a difference. The new Jeep Wrangler tracks better on the highway and leans less in the turns. But braking distances are unimpressive, and the model's big tires and solid-axle front suspension don't do it any favors when it comes time for precision handling. As before, the Wrangler, especially in Rubicon trim, is pretty much unstoppable in off-road situations. This is also true for the Unlimited Rubicon, though its increased size and weight prevent it from being as maneuverable on tight trails as the regular Wrangler.