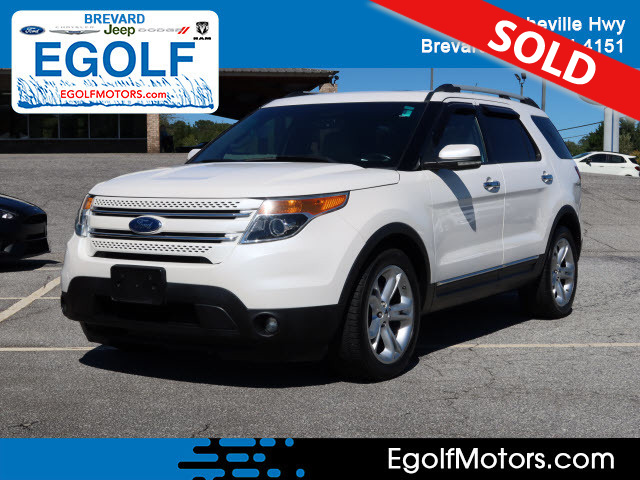 Thanks to improved on-road dynamics, better fuel efficiency and a bigger, high-class cabin, the 2011 Ford Explorer looks as if it can recapture the SUV audience it lost.

The 2011 Ford Explorer has been fully redesigned.

Chances are that in some point in your life you've either owned a Ford Explorer or knew somebody who did. For a stretch in the 1990s, it was like a modern-day Moses had trotted out of the Mall of America with an 11th commandment: "Thou shalt own a Ford Explorer." The things were everywhere.

But because of the Firestone tire/rollover debacle and changing consumer desires, Explorer sales oppressively trended downward for the past decade. So for this new decade, the 2011 Ford Explorer has been completely made over with the goal for buyers to warmly remember all the good times they had in the family Explorer back in '98, while correcting the issues that led them to buy something else since then.

To do so, Ford has replaced the Explorer's truck-related mechanicals with unibody construction similar to that of the Ford Flex. The upside is more carlike driving dynamics and safety; the downside is reduced maximum towing capacity. We don't remember too many of the country's bajillion Explorers hooked up to trailers back in '97, though, so we're thinking most folks won't see this as a problem. In terms of size, the new Explorer is nearly 4 inches longer in overall length and 5 inches wider. The standard 2011 Ford Explorer engine is a new 3.5-liter 290-horsepower V6 that's not only more fuel efficient than the old 292-hp V8 but also able to provide quicker acceleration.

Climb on board the new 2011 Ford Explorer and discover a cabin that is not only roomier, but also considerably more stylish and of higher quality. For good measure, Ford threw in all its latest technological goodies, including Sync, MyFord Touch and MyKey. On the safety front, the Explorer gains inflatable second-row seatbelt airbags (a first for the automotive industry), which promise to improve safety for smaller occupants.

Overall, the new 2011 Ford Explorer is much more in tune with what today's crossover shoppers are looking for. It drives well, gets good fuel economy for its class and still retains the versatility that made people like SUVs in the first place. But of course the Explorer isn't the only game in town and it's been reborn at the same time as some other hits of the '90s.

The 2011 Dodge Durango and 2011 Jeep Grand Cherokee are also fully redesigned and, like the Explorer, re-created for today with an impressive repertoire of talents. Others to consider include Ford's more passenger-friendly Flex, the more engaging to drive 2011 Mazda CX-9 and GM's far more spacious 2011 Buick Enclave, 2011 Chevy Traverse, and 2011 GMC Acadia triplets. They're all really quite desirable, so it just depends on how much space you need, what type of driving experience you prefer and how many high-tech features you desire.

Stand-alone options on the XLT and Limited include a dual-panel sunroof, the blind-spot warning system, the power liftgate, a tow package, second-row captain's chairs (Limited only), a rear-seat entertainment system, and the navigation system that includes real-time traffic, weather and other information.

The 2011 Ford Explorer comes standard with a 3.5-liter V6 that produces 290 hp and 255 lb-ft of torque. A six-speed automatic transmission and front-wheel drive are standard. Four-wheel drive (there is no low-range gearing) is optional and includes Ford's Terrain Management System, a selectable four-mode system that optimizes traction in different conditions. Hill descent control and hill start assist are also included.

Every 2011 Ford Explorer comes standard with stability and traction control, trailer sway control, front side airbags, side curtain airbags and MyKey, which allows parents to specify limits for vehicle speed and stereo volume. The Explorer's stability control system also includes Ford's Curve Control, which can reduce the vehicle's speed if it senses that it's travelling too fast for a particular corner.

Optional on the XLT and Limited are a blind-spot warning system (includes cross-traffic alert) and inflatable seatbelts (late availability) for second-row outboard passengers. The Limited can be equipped with collision warning and brake support.

In Edmunds brake testing, a 4WD Explorer came to a stop from 60 mph in 122 feet -- an average distance for the class.

The 2011 Ford Explorer ushers in a new era of interior quality for not only the Explorer, but for the Ford brand entirely. The dash is soft to the touch, the switchgear operates with precision (or is touch-operated with the optional MyFord Touch) and the overall look is quite upscale. In fact, a loaded Explorer is nicer inside than just about every Lincoln.

We have mixed feelings about MyFord Touch, however, as those touch buttons can be difficult to identify at a glance and the corresponding touchscreen suffers from small button icons on a black background. The redundant steering wheel controls and speedometer-flanking LCD screens could also use a bit of fine-tuning. All together, it works better when stationary than when on the move.

The Explorer's cabin is more spacious than before, but it's not quite as roomy as those of the Dodge Durango, Ford Flex and especially the Chevy Traverse. Its 80 cubic feet of maximum cargo space is the smallest of the group and the third row is a bit cramped by comparison -- though it does accommodate children with ease. The driving position is spot-on for most drivers, though the Explorer's wide pillars and high dash make the car seem bigger when maneuvering through tight places.

The 2011 Ford Explorer no longer drives like a truck and that's a great thing. Its structure feels rock-solid, it's well-damped over bumps and there's a confidence to the way it negotiates a corner. The responsive steering is another example of Ford knowing how to tune electric power steering (which improves fuel economy and allows for an automatic parking system).

The new Explorer may not have a V8, but its new V6 is quicker and more efficient, so only the few folks who used their Explorers to tow a boat may be disappointed.