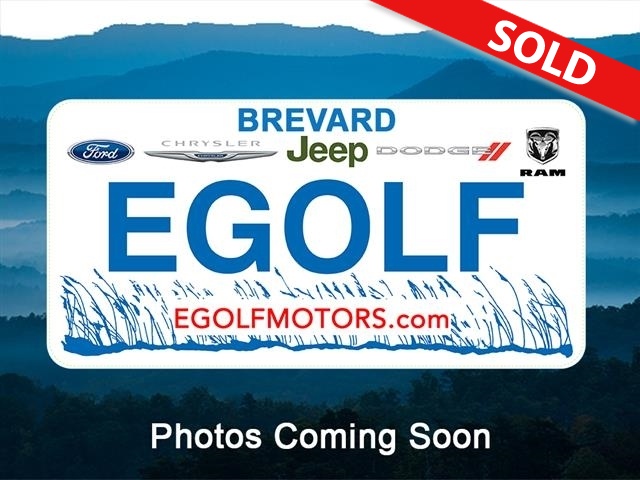 The 2015 Ford Mustang brings the iconic pony car into a more fuel-efficient future without sacrificing any of its trademark swagger or performance.

The Ford Mustang has been fully redesigned for 2015.

The 2015 Ford Mustang marks the model's 50th anniversary. To celebrate, Ford has decided that there's no better way to honor this sporty American icon's birthday than by putting something special underneath the hood. A 700-horsepower V8, maybe? A jet turbine, perhaps? Well, how about a four-cylinder engine? Yes, it is true: The fully redesigned 2015 Mustang can be had with a four-banger under that long, proud hood. But before you fire off an angry e-mail or tweet to Ford, you should know a couple of things. First: a muscle-bound V8 is still available, as is a V6. And second: This EcoBoost four-cylinder is turbocharged, and it's anything but a wheezing weakling.

Mustang mavens will know that this isn't the first time a 2.3-liter turbo-4 has been offered in the original pony car. But unlike those best forgotten mills of the late-1970s and early 1980s, this one packs much greater refinement and higher fuel efficiency, not to mention double the power. Specifically, this little powerhouse cranks out 310 hp and up to 320 pound-feet of torque and still rates up to 26 mpg combined. A peppy 3.7-liter V6 once again sees duty in the entry-level Mustang, while V8 fans can still enjoy the power and the glory of a 5.0-liter V8 in the GT model. Regardless of engine, one may choose either a six-speed manual or a six-speed automatic, the latter fitted with paddle shifters.

Underneath, the Mustang lineup finally gets an independent rear suspension. True, the Mustang has gotten along quite well with its old-tech solid rear axle design the past few years. But this independent rear suspension brings welcome enhancements to the Mustang's on-road demeanor, particularly for ride comfort and handling. Ford claims the 2015 Mustang is more stable during braking and acceleration and steers more precisely, and although we've only had limited time in the car so far, we have to wholeheartedly agree. Despite rumors that the new Mustang would weigh significantly less, though, it has instead gained a few pounds, anywhere from about 20-80 depending on the model.

The new Mustang's styling is pretty distinctive, and it gives the car a more aggressive look. Although the side window design calls to mind a modern Aston Martin (certainly not a bad association), classic Mustang styling cues abound elsewhere, from the large trapezoidal grille and angled-back headlights to the fastback roof line and three-bar taillights. The wheelbase and overall length are similar to the outgoing car, but the new one sits about 1.5 inches lower, is about 1.5 inches wider and has a 3-inch-wider rear track. Meanwhile, the cabin boasts higher-quality materials, more elbow room and a sportier, smaller, leather-wrapped steering wheel that both tilts and -- finally -- telescopes.

Our take is that the new Mustang drives notably better, has a nicer interior and still looks cool. But the 2015 Mustang has, in keeping with tradition, formidable competition from the 2015 Chevrolet Camaro and 2015 Dodge Challenger. Like the Mustang, they both offer eye-catching styling, rear-wheel drive and thrilling V8 power. The Chevy is a more direct competitor, given its similar proportions and small backseat, while the larger Dodge offers an adult-friendly backseat. Those shopping this segment may also consider the well-rounded 2015 Hyundai Genesis coupe. But should you place your money on Ford's horse, we think you'll be pretty happy with the ride.

The 2015 Ford Mustang will initially be available only as a coupe, with a convertible version set to follow around three months after the coupe goes on sale. There are six trim levels: V6, EcoBoost, EcoBoost Premium, GT, GT Premium and GT 50 Years Limited Edition.

The EcoBoost includes the V6's standard features along with the turbocharged four-cylinder engine, foglamps, a rear spoiler, six-way power front seats, aluminum dash trim, active noise cancellation and a "Tracks Apps" system that can provide performance data such as 0-60-mph and quarter-mile times, lateral acceleration and stopping distances from 60 mph or 100 mph.

Options for the GT are similar to those for the Mustang V6. Also available is the GT Performance package that gets you 19-inch wheels with summer tires, a rear spoiler delete, a Torsen limited-slip differential, firmer suspension calibrations, upgraded Brembo brakes (manual transmission), additional bracing, added gauges, and unique steering and chassis tuning.

The GT Premium comes with the same added and optional features as the EcoBoost Premium.

A 3.7-liter V6 engine with 300 hp and 280 lb-ft of torque is standard on the base Mustang. The EcoBoost has a turbocharged 2.3-liter four-cylinder engine packing 310 hp and 320 lb-ft. The GT boasts a 5.0-liter V8 boasting 435 hp and 400 lb-ft. (Note that those outputs for the EcoBoost and V8 reflect the use premium gasoline.) Any engine can be paired to either a six-speed manual or a six-speed automatic with paddle shifters.

In Edmunds testing, a Mustang EcoBoost with the automatic transmission accelerated from zero to 60 in a respectable 5.9 seconds. A GT with the manual transmission ran the sprint in just 4.7 seconds, a quicker than average time in this speedy segment.

Standard safety features for all 2015 Ford Mustangs include antilock disc brakes, traction and stability control, a rearview camera, front-seat side airbags, side curtain airbags (coupe only) and a driver's knee airbag. Also standard are Ford's MyKey system (which allows owners to limit speed and audio volume levels for young drivers) and, for manual-transmission models, hill-start assist.

Optional on the "Premium" trim levels and standard on the 50 Years Limited Edition are blind spot and cross traffic warning systems.

During Edmunds brake testing, both a Mustang EcoBoost and a Mustang GT (both equipped with the optional Performance package) stopped from 60 mph in just 108 feet. That's a better-than-average stopping performance for this segment.

The 2015 Ford Mustang's interior pays homage to Mustangs past with its dual-cowl-style dashboard while still offering all the latest modern conveniences. Depending on the trim level, even high-end luxuries such as adaptive cruise control and heated and ventilated front seats can be had. Materials quality is generally improved, and most drivers should be able to get more comfortable behind the wheel of the latest Mustang, as that wheel now features a telescoping function in addition to tilt adjustment.

Although the optional Recaro sport seats provide excellent lateral support, they are not perfect for every body shape. Thigh support is somewhat lacking due to a seat bottom that won't angle upward enough, while some longer-limbed drivers on our staff noted that their elbows occasionally bumped the aggressive side bolsters.

Ford's "Sync" voice activation system greatly simplifies operation of the audio, phone and navigation systems. The MyFord Touch interface is more controversial, however. There's a learning curve for getting the most out of the system, and operating the touchscreen can be distracting at times. In general, we prefer the easier-to-use touchscreen interface in the Dodge Challenger.

There's a more spacious feel in the 2015 Mustang, thanks to the new car's less-imposing dashboard and slimmer center console. The steering wheel's contoured grips and tidier size means it's nicer to use than the old-school wheel and a soft elbow pad on the console adds comfort to the cockpit. The gauges are significantly more legible than the previous setup, and they don't reflect on the inside of the windshield like the old ones did. Outward visibility is better than a Camaro or Challenger, though the thick rear roof pillars still block everything over your shoulders. Thankfully, all Mustangs come with a back-up camera as standard equipment, and a blind-spot monitoring system is available.

Both coupe and convertible body styles are considered four-seaters, but unless they are small children, the rear passengers will likely be cramped. If you regularly carry around larger folks in the backseat, the Challenger would be a much better choice. The Mustang coupe's trunk provides 13.5 cubic feet of cargo space, fairly generous for a sport coupe, while the convertible offers 11.4 cubes. Standard split-folding rear seats on the coupe expand cargo capacity.

Based on our initial drive of a 2015 Mustang EcoBoost equipped with the optional Performance package, the new Mustang is a significant step forward in terms of ride and handling. The turbo-4 puts forth a fairly smooth and impressively broad-shouldered spread of power that gives the car robust thrust around town.

Being 100 pounds lighter over the front tires than the V8, the EcoBoost's front end feels spry, turning crisply into corners with enthusiasm. Body roll is well controlled, too, and the summer tires' cling on the pavement is tenacious.

The new independent rear suspension has given the Mustang a big shot of refinement in the way it handles the blacktop, whether that pavement is smooth or riddled with ruts and bumps. The previous Mustangs' oftentimes jostling demeanor over broken pavement has been replaced with a supple, confident demeanor. The steering is precise and quick, though driving enthusiasts will likely desire more road feel.